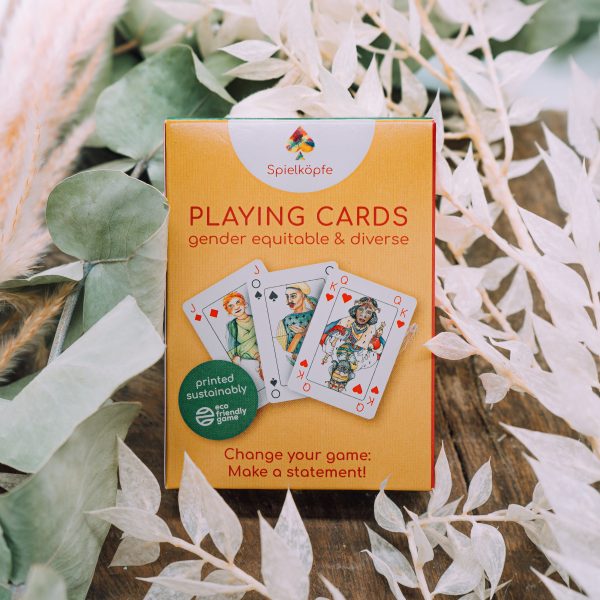 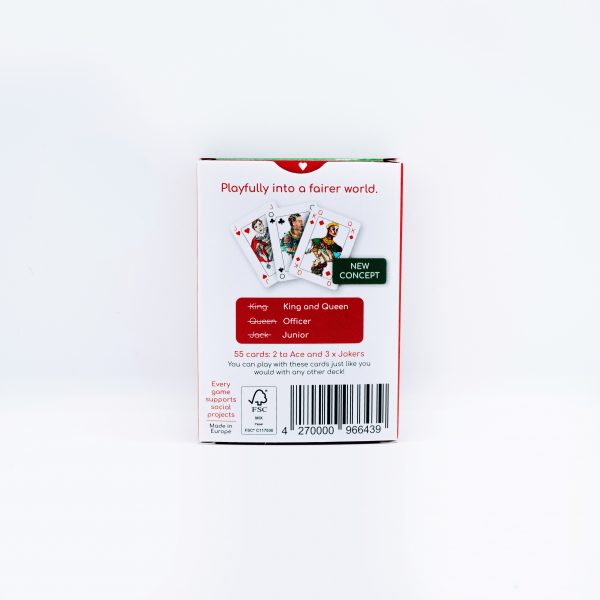 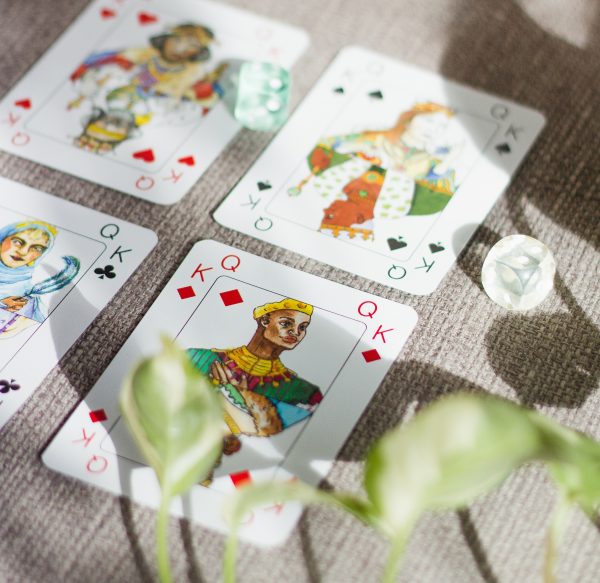 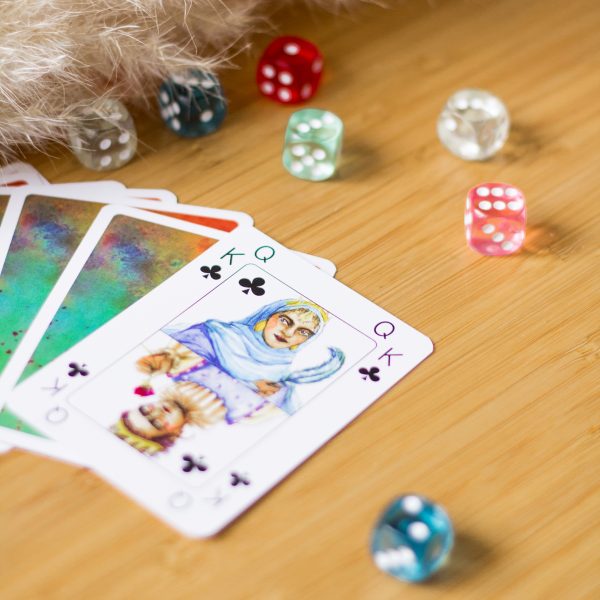 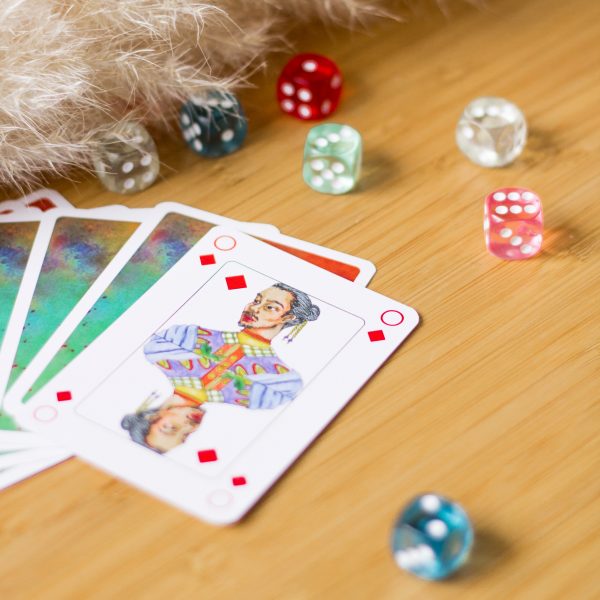 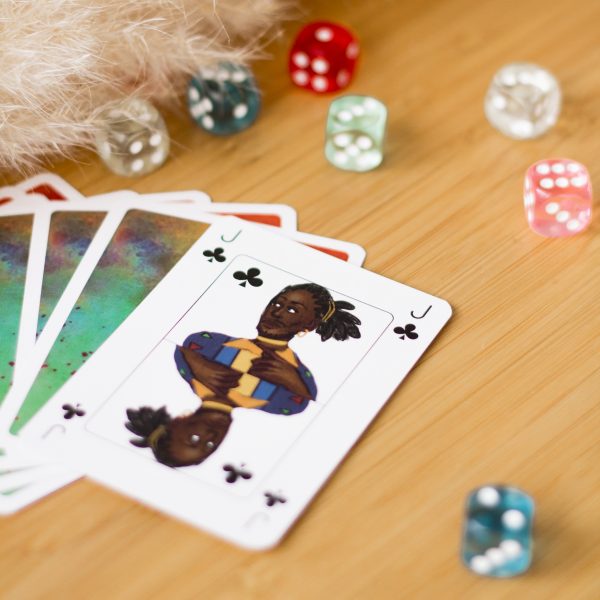 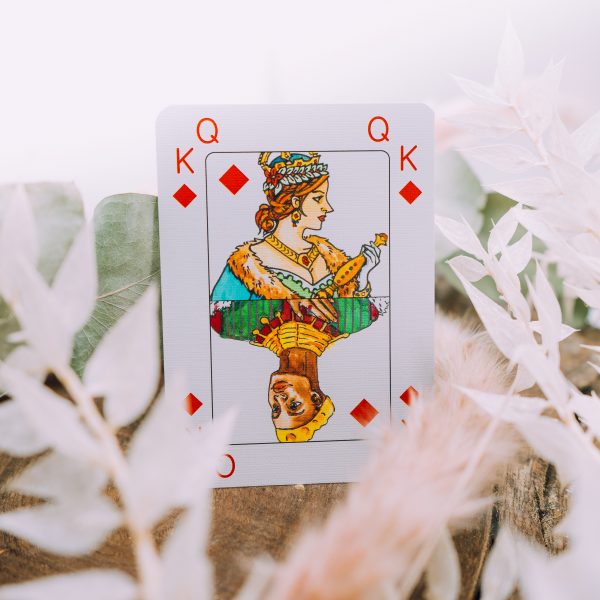 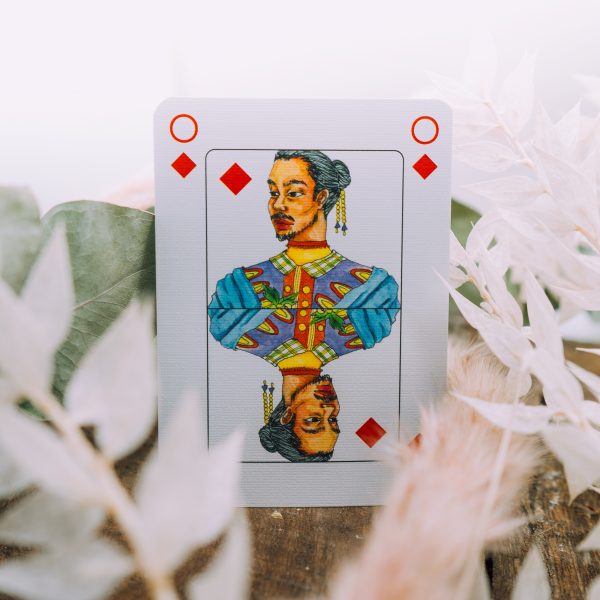 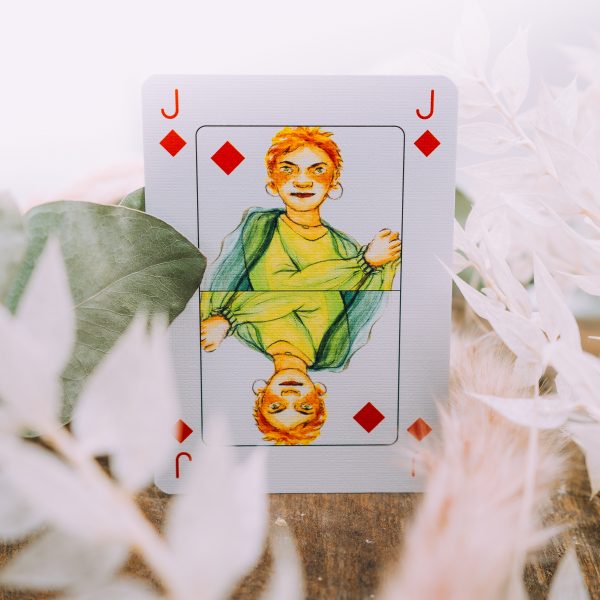 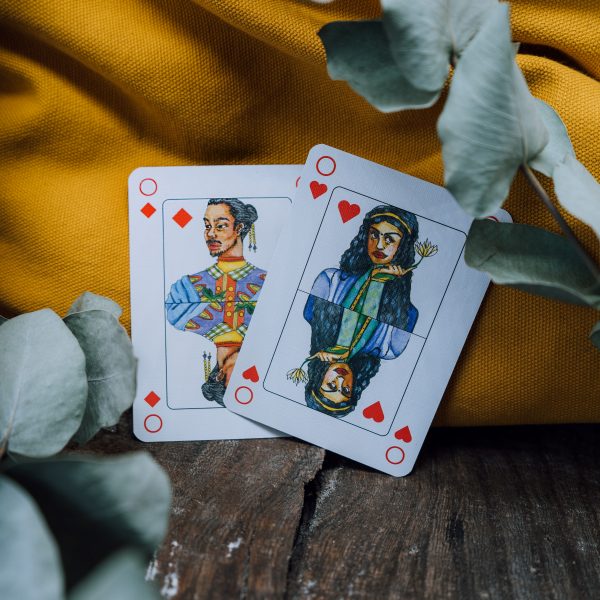 Our K-Q cards have a king on one side and a queen on the other. So kings and queens become equal. You can play with it like in the usual deck of cards with the king. Every card looks different, just like we do.

The former Queens become Officers. Symbolized by male and female characters. Since O looks similar to Q it is still easy to find it in your hand, and you do not have to learn any new rules.

The former Jacks become Juniors. Also symbolized by male and female characters. We depict different forms of masculinity and feminitiy and diverse people.

The entire deck consists of 52 cards and 3 Spielköpfen (jokers). It contains the cards 2 to Ace in a simple version and one extra card, if you have lost one card. 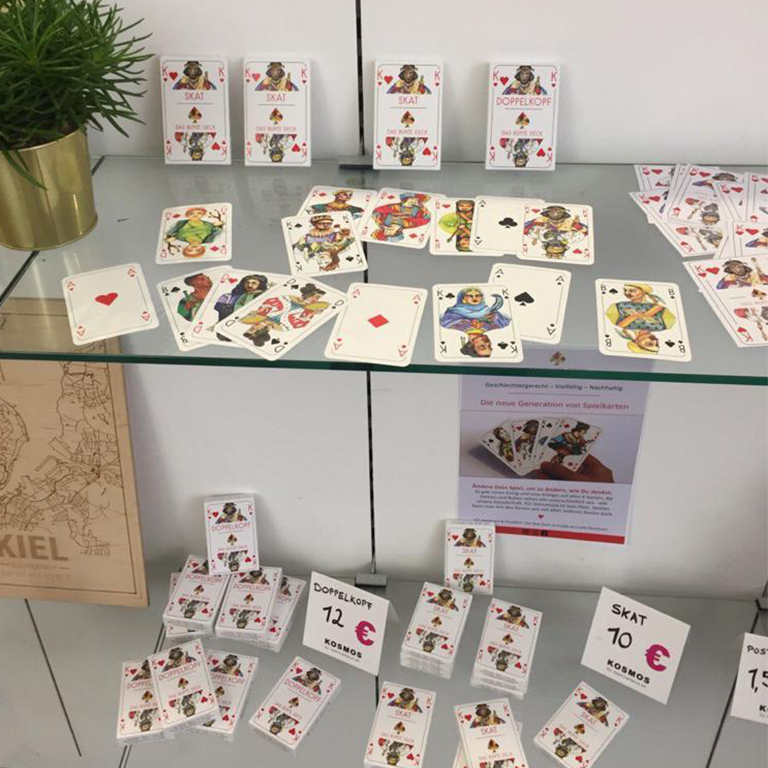