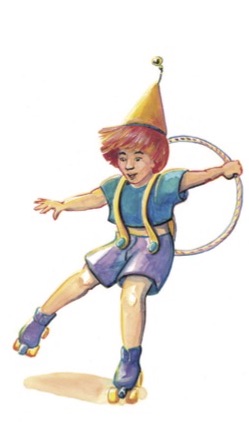 Playfully into a fairer world!

Join us in bringing equality into everyday gaming and drawing attention to discrimination. Let’s start the journey together, step by step, towards a world with less discrimination!

Change your game to change how you think!

We stand up for a more equal and fairer world. Every day we experience how deeply sexism and racism are still anchored in our society – we see it in ourselves, in friends affected by racism and multiple discrimination and in public spaces.
It is especially important for us to not only discuss and spread these topics in academic circles, but rather to make them accessible for everyone – for example through our playing cards.
You can find more background information on the issues that move us here:

Did you know that 1/3 of people in Germany regularly experience discrimination? (Federal Anti-Discrimination Agency)
This mainly affects women and people with a different origin or religion.
It is especially difficult for those who suffer from multiple discrimination (intersectionality), e.g. Black women or Muslim women.

But where does it come from?

Discrimination often comes from stereotyping and prejudice. Those stereotypes develop in us from an early age, for example through the images we constantly see in games or books. The lack of representation of women, black people and other marginalised groups is a major contributor!

We want to change that and represent a diverse and equal world where every person can find themselves regardless of skin colour, gender or other external characteristics. This starts with everyday objects such as games!
Discussing difficult topics such as racism or sexism is associated with insecurities and fear for many people. Through a relaxed atmosphere at a games evening, such topics can be made more accessible and encourage reflection in everyone.

We still live in a society where women and non-binary people do not have the samel opportunities as men. High positions in business and politics are disproportionately held by men: Less than every third executive is female. Women still earn less than men, work part-time more often and still do most of the care and housework. Girls and women find fewer role models both in reality and in the world of games and books. In 2014, parents searched at Google twice as often: “Is my son a genius?” than “Is my daughter a genius?”. This is where we want to start and show that the highest position can be taken by all genders, same as the other two positions: Our officers and juniors.

In the outdated card deck, the Queens are depicted in a very stereotypical way. They all have long hair and flowers and veils. Yet women can be very different – strong – long haired – short haired – small – thin – fat – smart – sassy. In many media, women are particularly associated with their looks or their ability to care. This can lead to the fact that young girls already start to fit into this role image and at the age of 6 already consider their own gender to be less intelligent than boys. It is not shown enough that women and girls can of course be just as intelligent and successful as men and can do all things in life for themselves. That is why our female presenting Officers and Juniors are very different, just like us!

Jacks are often portrayed according to a certain scheme in the outdated card deck and also in other media. With a sword in their hand, they are supposed to look and be strong above all. Boys are already taught that “real men” do not cry and know no pain. This one-sided image of masculinity can lead to poor access to one’s own feelings and boundaries, which can end in violence against oneself or others. For example, men are much less likely to seek professional help for mental health problems than women, which leads, among other things, to an increased suicide rate. It is important to show that masculinity can be and be expressed in very different ways.

When people do not see themselves represented in the categories of “woman” or “man”, they may identify themselves as non-binary or genderqueer. For non-binary people, the rigid dichotomy of gender is very difficult in many aspects of life. For example, they have to ask themselves which toilet they want to or can use. At the same time, almost all people suffer from the dichotomy and the resulting role models, which we want to break down with our cards. The representation of non-binary people in public is important and we try to address this issue with our King*Queen of Spades card.

Black and People of Colour (BPoC) experience systematic racism. For example, they often have worse chances when looking for a job or housing only because of their appearance. Black children, for example, get worse grades than white children for the same performance at school. Racism is deeply rooted in German society and almost no person is free of it. One of the reasons for this is that BPoC are rarely represented in our media and everyday life and if so, they are often associated with stereotypes. We want to change that and therefore represent very different people. Also, all people need to start reflecting on themselves and consciously work against the racism within them. This means, above all, including Black and People of Colour in the design process. Our artists all have very different backgrounds and experiences.

Maryam von EmBIPoC [original quote in German, translated by Spielköpfe]: “Muslim women who wear a hijab are often victims of discrimination, racism and stigmatisation. Last but not least, recurring debates about the hijab in connection with oppression, compulsion and backwardness are the main reason why Muslim women have to fight hostility in the German majority society and are often not taken seriously in professional and university life. In reality, it is no longer possible to imagine German society without Muslim women, which is why it is urgently necessary to represent them as well and to give them back the individuality they were denied and thus empower them.”

In Germany, Religious people other than Christians often experience discrimantion. Antisemitism is still widespread in Germany: 2,032 antisemitic crimes were recorded in 2019. The attack in Halle shows how profound the problem still is in Germany. In further decks, we want to focus more on different religions and are currently working out how we can also address this more.

People with disabilities are still underrepresented in the media. As a result, they are often not considered in our minds or are given special stereotypes that deny them many abilities. Yet approximately one in eight people in Germany lives with a disability. These people have the right to self-determined participation. They should have the same opportunities as all other people and therefore their representation in games is important. We try to realise this through our blind King of Hearts and our Junior of Spades.

For us, sustainability is not just a sub-area, but is thought into every vein of our corporate and life philosophy.

For shipping and everyday office work, we only use recycled paper and plastic-free materials wherever possible. We use bikes, buses and trains for our daily work, but also for trade fairs and sales. We are currently working on a sustainability concept for our app. Stay tuned!

Change your game - Make a statement!

You can contact us at any time on our social networks and find out more about us on a regular basis.

We are searching for interns :)
Have a look

If you have any questions, just send us an e-mail to hallo@spielkoepfe.de